Following the recent expansion of Warsaw’s Metro Line 2 and the purchase of new trains, Warsaw Metro decided to build a new train depot in the suburb of Kabaty. The idea was to avoid leaving trains exposed to adverse weather conditions when not in use and to ensure that maintenance workers have the facilities they need to efficiently service trains and undertake minor repairs. The construction design of the new facility was handed to Metroprojekt, a design office with a history that stretches all the way the 1950s (when it was responsible for coming up with the original Warsaw Metro blueprints – however, work only really started in the 1980s).

When preparing the construction design for the new depot, Metroprojekt decided to base it on a specific type of steel building structure comprising advanced system solutions and a galvanised structure that would ensure proper anti-corrosion protection. Following a tender procedure, it chose LLENTAB Group’s proposal – a steel building made of cold-formed profiles put together using a technology that was not only attractive in terms of price but flexible enough to accommodate the project’s very specific needs and requirements. “The main problem we had to deal with was the layout of the columns, which had to be planned in such a way that they would not collide with the track gauge but would still afford sufficient space alongside the trains,” explains Paweł Chaciński, a LLENTAB regional sales representative. “The structural columns could not be placed opposite the tracks by the rear-end wall, because if the brakes failed or if the driver collapsed, a speeding train could damage the columns – weakening the structure of the building.”

The size of the building was determined by the space available. Bearing in mind such considerations as local fire regulations and the vicinity of other facilities, roads and tracks, the plot of land in question had room for a building measuring no more than 132.7 metres long and 67.3 metres wide (including an annexe, measuring 6.1 metres wide on the northern side, serving as an administration and technical facility). The roof area of the building is gabled and supported by lattice girders placed on two rows of columns (with each row stretching for about 22 metres). The building has the capacity to house 14 trains, which enter from the west side only, through the track head – a sliding rail where two tracks unfold into separate 14 tracks. The annexe houses a dispatch room, storage space, a workshop and sanitary facilities, as well as a subterranean water tank for firefighters with a volume of 100 cubic metres. The usable height of the depot between the floor surface and the lower girder strip is 5.5 metres (3.7 metres in the annexe).

In the early stages of the design process, Warsaw Metro decided to extend the functionality of the facility by adding the possibility of performing in-house inspections and repairs to trains’ chassis. A sunken workspace, around 1.4 metres below the rail head level and measuring approximately 1 metre wide and 120 metres long, was designed for this purpose for all 14 tracks. Owing to the presence of the inspection channels (but also for safety reasons) the “third rail” supplying power to the depot was suspended from truss girders.

In LLENTAB structures, all elements have sufficient load-bearing capacity because they have been designed for loads held from suspended installations between the bottom (parallel to the ground) and upper (in this case, tilted at an angle of 4°) lattice girder strips, which are located outside the functional space of the building, below the lower strip. Nonetheless, the power rail installation in the upper part of the Warsaw Metro depot meant that the designers only had a choice between rolling and folding (not sectional) gates, which, when they are opened, are guided along the gable wall or parallel to the ground. In the end, the designers chose folding gates, which possibly have thicker insulation and are certainly lighter than any of the feasible rolling-type options. Owing to the large number of gates required, the fact that folding gates are relatively lightweight was a decisive factor. The wall was reinforced with structurally flat rigid sections in order to ensure that they would be sufficiently stiff and therefore wind-resistant.

LLENTAB successfully completed the commission, but preparing the design in cooperation with Metroprojekt was not the only stage at which its expertise was sought. After the task had been completed, another tender was announced for the supply of the steel hall itself, attracting almost 30 general contractors. They could either use a ready-made design or present their own “alternative design”. The winning bidder submitted its own design; however, in the end, it decided to use the solutions that had been proposed by LLENTAB. The construction works commenced in mid-October 2015, and the steel building itself started to be assembled two months later. The facility went into operation in late 2016. The fact that the job took so little time was thanks primarily to LLENTAB technology, which is based on perfectly matched prefabricates that are assembled using only screws (as opposed to welded connections) – this ensures that the entire steel structure is of unmatchable quality, is resistant to corrosion and can be erected even in sub-freezing temperatures. “I remember our association with LLENTAB with great pleasure,” smiles Metroprojekt’s Ryszard Misiurek. “They are always well-prepared, which is why each stage, from design to construction, went very smoothly.”

“I remember our association with LLENTAB with great pleasure. They are always well-prepared, which is why each stage, from design to construction, went very smoothly.” 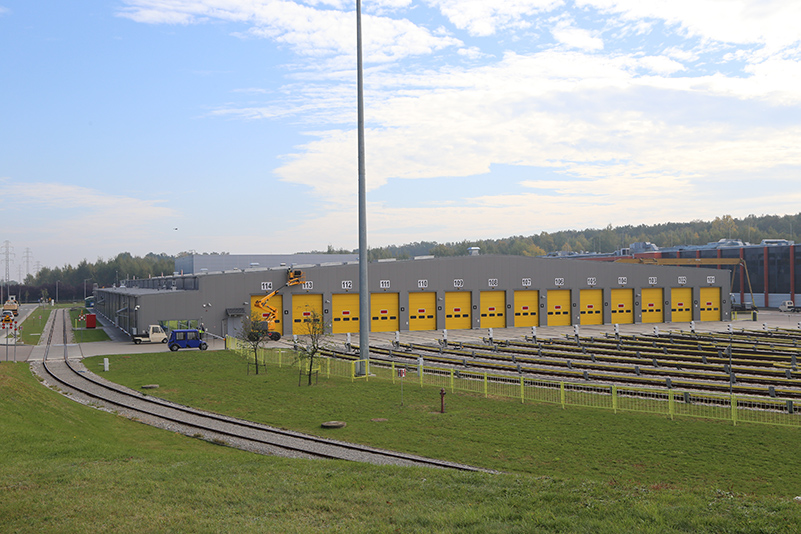 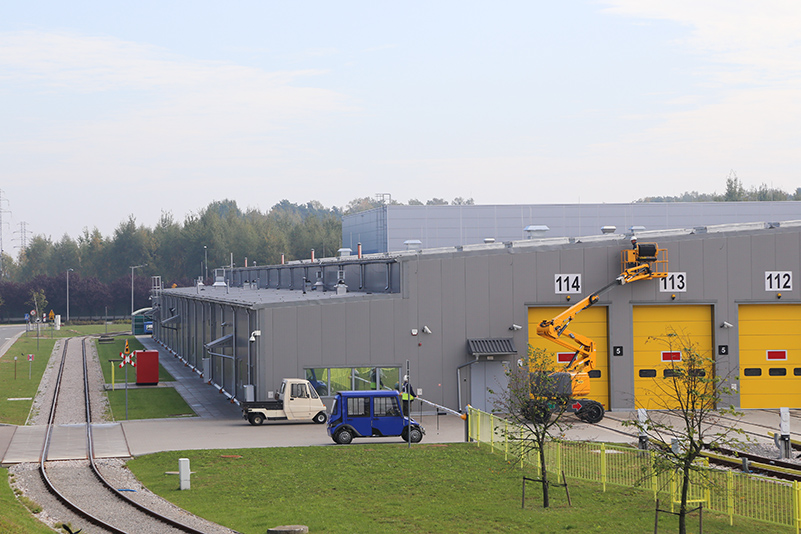 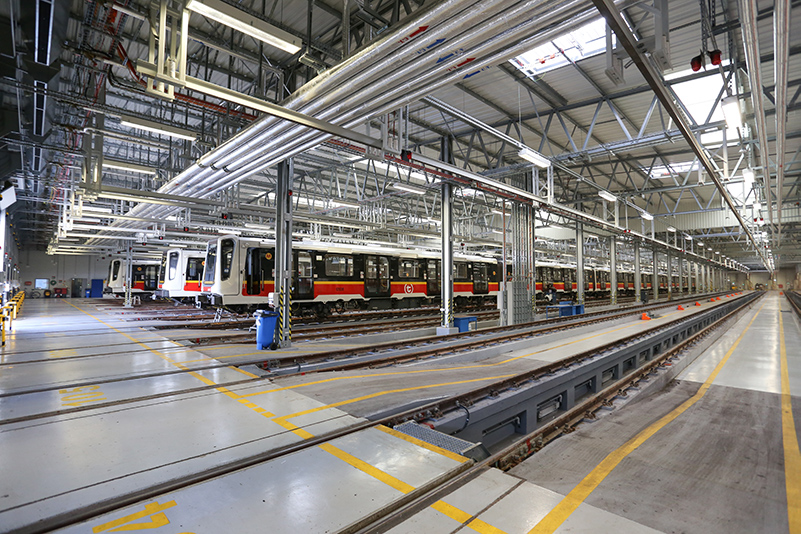 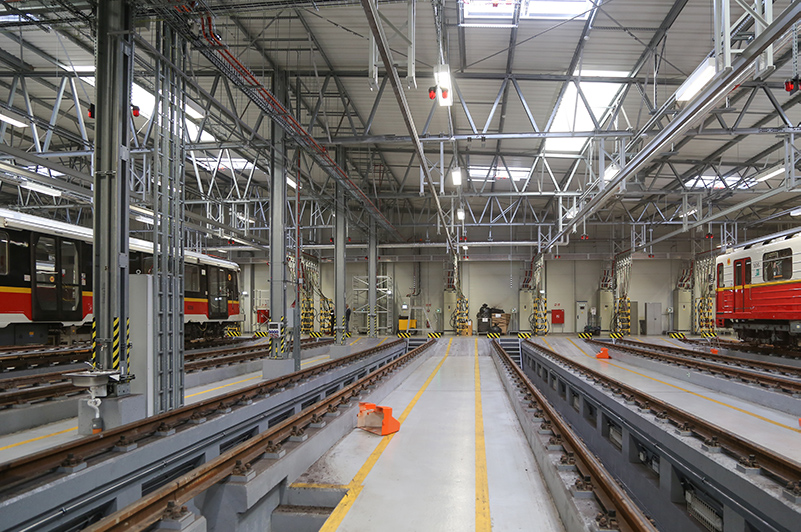 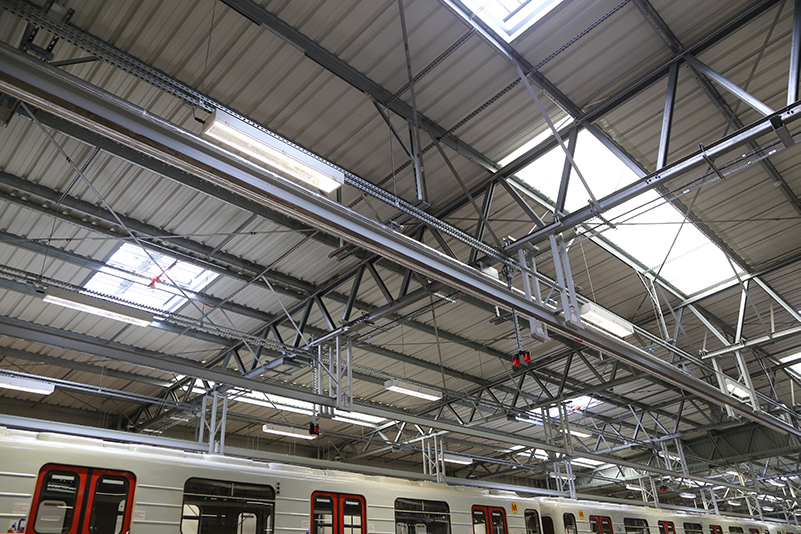 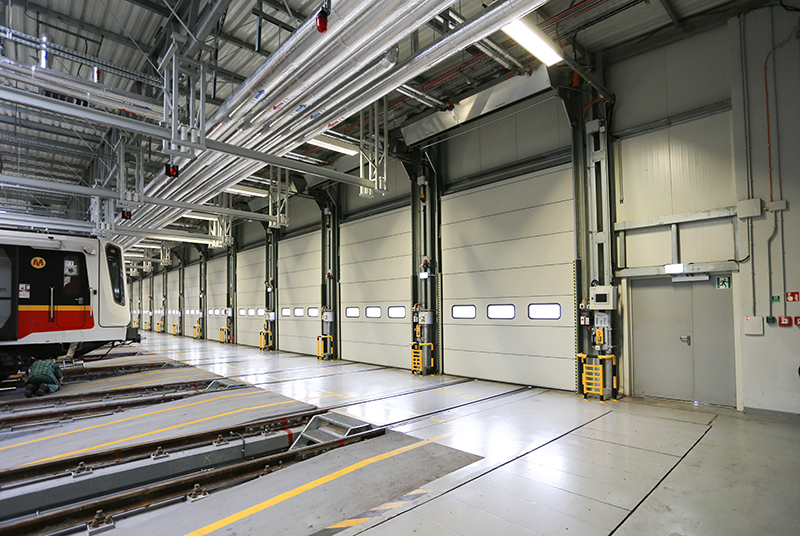 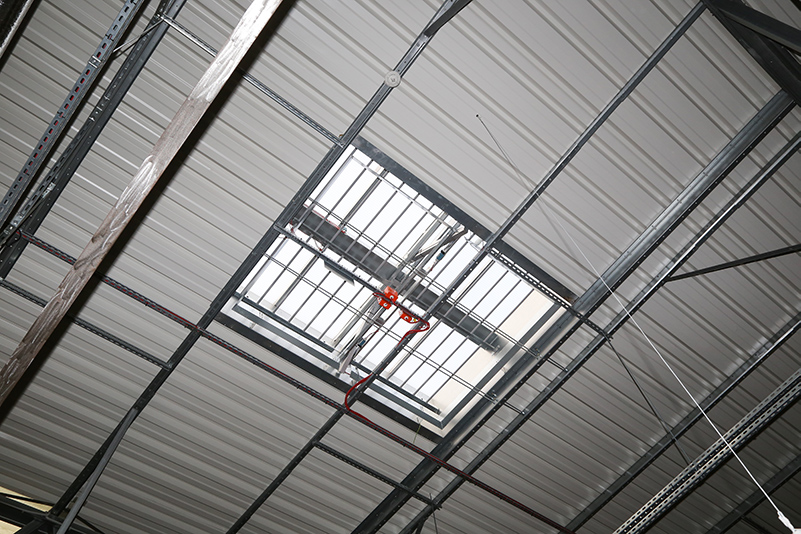