Home>News>LLENTAB’s steel football hall in Sweden can be our inspiration.

LLENTAB’s steel football hall in Sweden can be our inspiration.

The new football hall as part of the sports facility in Sollentuna, Sweden, built by LLENTAB in the first half of this year, will open soon. To enable the players of a local football club, Sollentuna FK, to practice in the rough Nordic conditions, the local self-government invested in the construction of a hall that can house a full-sized football pitch.

A few statistics and figures in introduction. In terms of registered players, football is a clear ‘Number One’ in the Czech Republic with 459,000 active players. Perhaps surprisingly, football is in the lead in terms of active players in Sweden too – ahead of ice hockey and floorball, both sports for which Sweden is famous. Football is played by 240,000 people (including 56,000 women) in Sweden. Although Sweden’s player pool is half that of the Czech republic, Sweden is currently No 19 on the FIFA national chart while the Czech Republic is a not-so-flattering No 40. One last comparison – Sollentuna has about 70,000 inhabitants, roughly as many as Zlín or Havířov. Will any of these two towns ever have an indoor football hall?

The above confirms that the success of the national team stems from the long-term support of performance sports. The municipality of Sollentuna had the new football hall built and will also operate it with the aim of fostering football-related activities in the town. FK Sollentuna also participated in the project, contributing financially.

The hall with an artificial turf is 70.1m wide, 112m long and has a vertical clearance of 11.8m. LLENTAB built the hall as a subcontractor to ERLANDSSON BYGG. LLENTAB, spol. s r.o. representatives can facilitate a visit to the hall for the representatives of Czech municipalities and/or football teams. The LLENTAB football hall is less than 30 minutes away from Stockholm Airport. 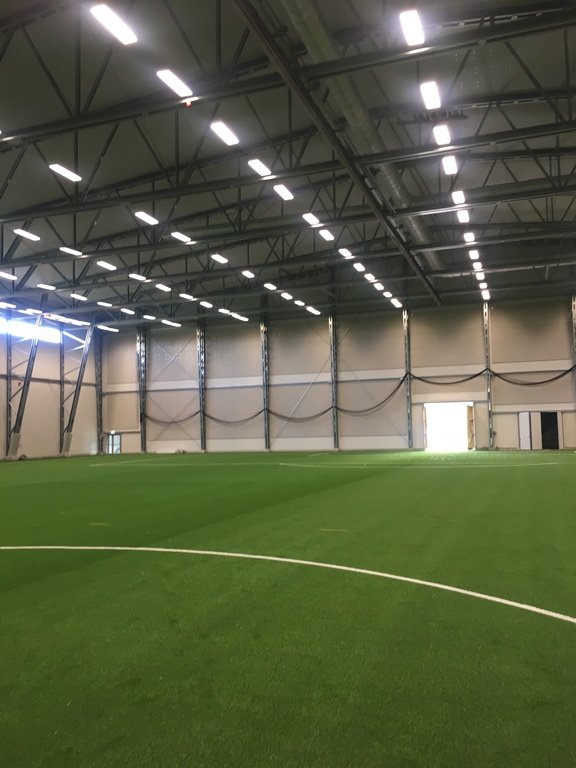 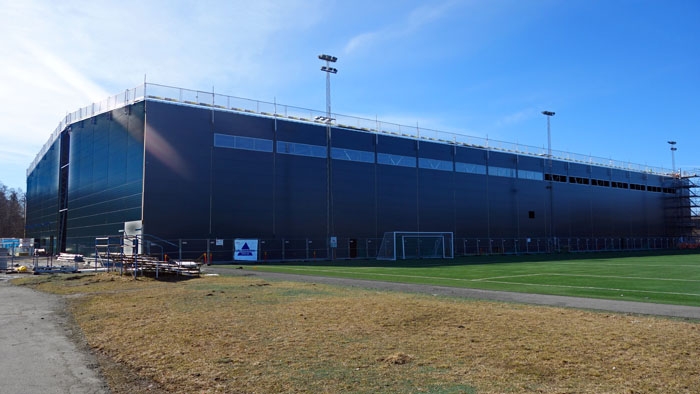