LLENTAB opened its first branch office outside Sweden in Bergen, Norway in 1987. More branches followed in Poland, Germany, the Czech Republic, Denmark, Ukraine and Slovakia. As a result, LLENTAB currently operates in eight European countries. All the subsidiaries are part of the LLENTAB family, share the same values and work on the same objective, which is to be the client’s first choice in selecting a steel hall supplier. This also applies to the LLENTAB Ukraine branch active on the Ukrainian market since 2006.

The Kiev sales office started working 14 years ago (in 2003) and delivered its first successful project – a production building (3,500sqm) with an embedded office and storage area near Kiev – the very next year. The same customer later ordered the second and third buildings with a total area of almost 12,000sqm. The LLENTAB Ukraine subsidiary was founded in 2006 and today LLENTAB is a well-established steel hall supplier in Ukraine, as illustrated by about 70 completed projects with a total floor area of 250,000sqm.

Its organisational structure is similar to other countries where LLENTAB operates – LLENTAB Ukraine too has its own sales, design and installation departments. It employs 46 people, about one-fourth (12) of whom are salespeople and designers and 34 are workers in the installation department. The headquarters are in Kiev and LLENTAB has another sales office in Lviv in western Ukraine. The typical customer of LLENTAB’s Ukraine branch is a medium-sized to large Ukrainian manufacturing business with domestic or foreign capital. The most frequently built facilities for them include storage and production halls, steel halls for retail and services, food production and storage, agriculture and sports.

Ukraine’s economy is among the poorer in Europe, though political and economic reforms are in progress as part of the process of bringing Ukraine closer to the European Union with the aim of improving the situation. Facts and figures show that this is needed – GDP per capita was only about 2,200 dollars in 2016 (it was more than 18,000 dollars in the Czech Republic in 2016), making Ukraine Europe’s second poorest country (following Moldova). The key sectors in Ukraine’s economy are iron ore mining and steel production, and industrial and farming production. Although the country has an unstable investment climate, which is the biggest growth impediment for our company, Ukraine’s export is realigning to the EU market, which means implementing European standards and new technologies. This may lead to new investments in the improvement of local companies’ production facilities, facilitating the arrival of new businesses in Ukraine. Affordable yet qualified workforce also attracts new investments, both local and international. LLENTAB and its steel halls can benefit from the popularity of steel structures and sandwich panels in Ukraine, as steel structures are among the most effective and popular materials for local structures.

AvangardCo’s large poultry farm in the Kherson Oblast, completed in 2014, was a very interesting project. In total, we built eight steel halls, each with a floor area of 3,744 sqm for a total area of LLENTAB halls of almost 30,000 sqm. The halls are sized 24 × 156m (length x width) with 9 or 7 metres in height, and the roof pitch is 7°. Each hall houses up to 450,000 hens raised for the purpose of egg production. 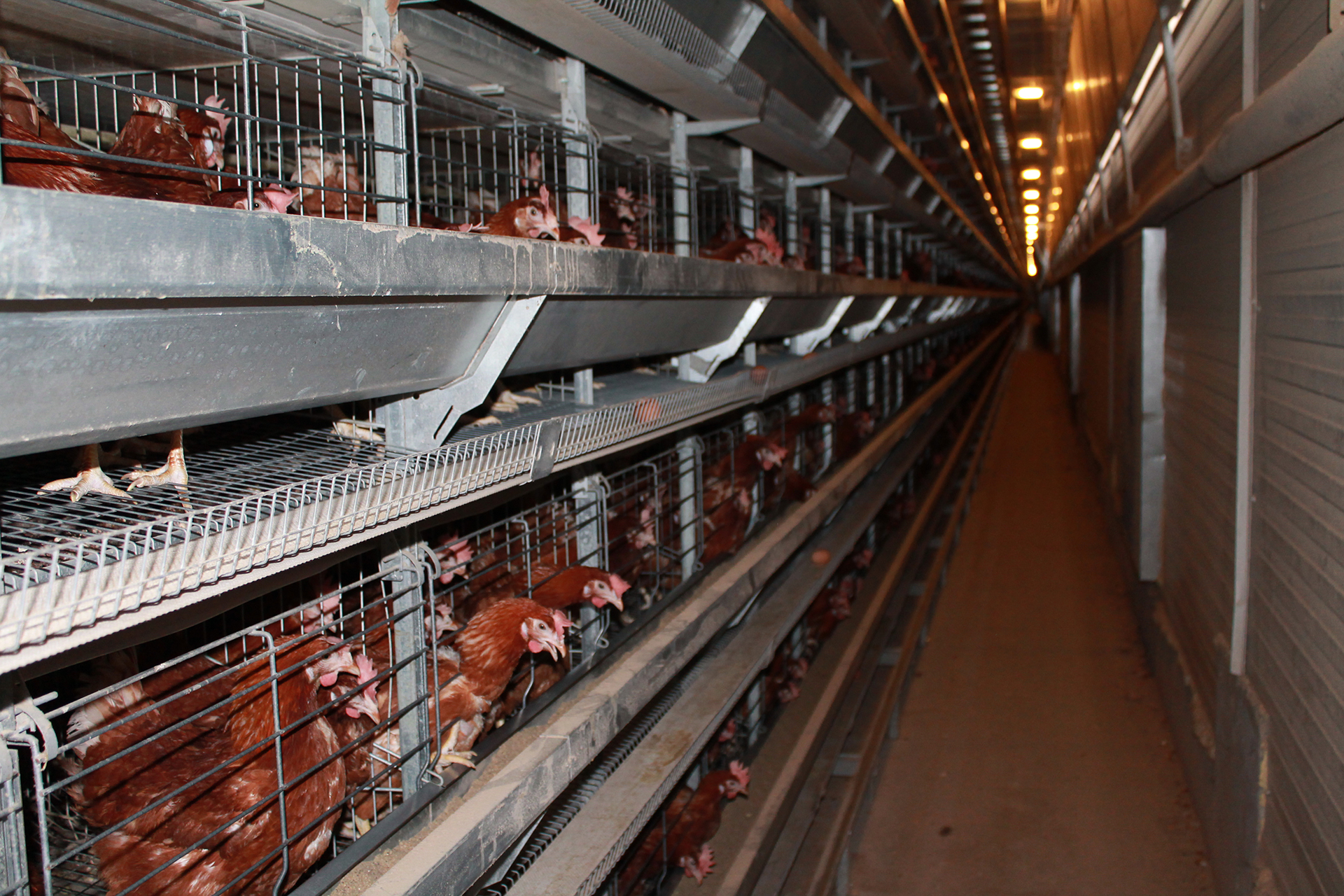